Feel the true meaning of Cultivation! The road to Career Transfer

2019-01-25
In the world of fantasy, cultivation is always a process from quantitative change to qualitative change, the same as the road to cultivation in the Ancient Godly Monarch: Astral Soul Awakening. Firstly, players need to improve their character attributes through daily practice, then a special Career Transfer task will be activated when reaching the specified level. Complete the Career Transfer Mission to get rich rewards and unlock new skills! 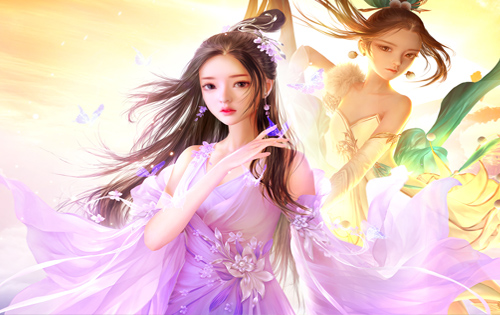 As a fantasy world where everyone is a cultivator, the Career Transfer system is similar to those Realms in novels. Players’ power will be greatly improved after each breakthrough. Not only will the character's attributes be directly enhanced, but also new special abilities such as AOE attack and exclusive Astral Souls, etc. At the same time, the Career title of the character will also change after the transfer, and new equipment and exclusive fashion will be unlocked either.


The current Career Transfer system has five stages. The first transfer will be activated after the player reaches lv.150, after that, as long as the player completes the previous transfer and reaches the corresponding level, he or she will receive the task of the next transfer. What’s worth mentioning is that although the ultimate goal of the task is to transfer the career, there is also a considerable reward for each small goal, so we highly recommend that player give priority to transfer task before doing other missions.

Go through certain trials to improve your power

However, the Career Transfer Task is not that easy, each "examiner" NPC has prepared a variety of trial missions for you, everything from defeating numerous monsters to collecting specific items and to BOSS battles in dungeons. Players need to properly use various skills that have been mastered in the current level, and then with other skills such as Bloodline Awakening to pass the trial.


Feel the true meaning of Cultivation and unlock new skills

After each transfer, players will gain new special skills, the attack skill will be enhanced to AOE skill after the first transfer, for example, and greatly improve the efficiency of players to advance the main story and clear all kinds of Dungeons. Complete the fifth Transfer will unlock Career Astral Soul and Talent Tree. While improving all abilities of the character, you can also strengthen specific skills through talent cultivation, making your combat style more personal.

From character images to skill attributes, does this all-around enhancement give you a special sense of accomplishment? Well, that’s the unique charm of the fantasy world! Today (January 18th), the "flash sale" is also online, two super Packages are waiting for you!

Strongly recommended by the original author, Jing Wuhen, and 4 million loyal readers are waiting for the call, the epic fantasy 3DMMO mobile game Ancient Godly Monarch: Astral Soul Awakening is finally here! Carrying the Bloodline of the Godly Monarch, awaken with one button to feel the dazzling transformation; a giant fantasy world is waiting for your exploration; 4 career systems and 5 career transfer breakthroughs; design your own fashion clothes and enjoy the pleasure of cultivation!